Molly’s Cupcakes = The Best of All Cupcakes!

As you know, I spend a lot of time eating cupcakes.  Upon visiting a new city, I first seek out the best cupcakeries around so that I can find the city’s best cupcake.

I am going to Chicago this weekend for a family event, so I thought I would share with you some of the city’s finest attributes.

We start with the best cupcake I have ever had.

My first taste of Molly’s Cupcakes was a tiny bit of buttercream frosting that had rubbed off on the side of the box, just a small smidgen if you will, hardly even a taste for normal frosting.  But the second that baby taste hit my tongue, my mouth exploded with flavor.  I could actually taste the butter and the cream, separate entities yet inextricably entwined to create the greatest flavor of frosting I have ever had.

Next to that explosive taste experience, the otherwise delectable cake seemed like a little bit of a letdown…until I realized it was filled with berry jelly.  The mixture of incredible buttercream, moist but strong cake worthy of holding sweet filling, and fresh berries on top, adding a tang to the sweetness, made for the best cupcake I have ever eaten.

Until I had some of their other cupcakes.

The Mixed Berry cupcake is still quite possibly my favorite, but now it is in competition with their Butterscotch Caramel, and the Peach Cobbler is up there too.

There are several cupcakes that are high on my list of all-time favorites.  The Berry Berry at Spot Dessert Bar in New York was exceptionally moist and perhaps the best chocolate cupcake I have ever had.  I still can’t get enough of the Lemon Pistachio cupcake at Love at First Bite.  And once there was another shop in Chicago called Cupcakes that had a fabulous Salted Caramel that still moves me even though they have gone out of business.

However, none of them measures up to any of the cupcakes I have had at Molly’s.

So next time you’re in Chicago, go visit Molly’s Cupcakes, or I will hound you until you do.

The Best of Molly’s Cupcakes: The Filled Kind
source 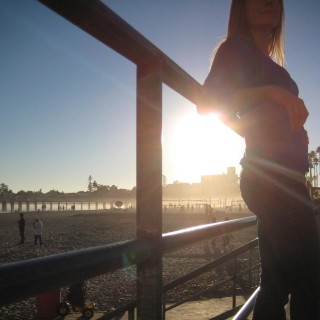